I feel like I go through this all the time... explaining why I haven't been blogging for a while.  While this time is no different, life has just been super crazy with not much free time for anything, let alone blogging.  It has been about 6 months since my last post and a lot has gone on.  Over the next couple of weeks I'll try to update you as to what has been going on in life, plus do some other posts in between.  For now here is a recap of April - June....

April 2012
~ VM (previously known as VG's) Bridal Shower & Bachelorette Party: Headed to Wilkes Barre, White Haven and Philadelphia, PA for  VM's bridal shower and bachelorette weekend!  Wilkes Barre on Friday night proved to be interesting and we even got the bride to be up on the bar.  Bridal shower was Saturday afternoon with many of the bride's family members as well as a few friends/sorority sisters.  Saturday night was the big night in Philly complete with a classy steak dinner at Morton's and then a night out a Hunk-O-Mania. 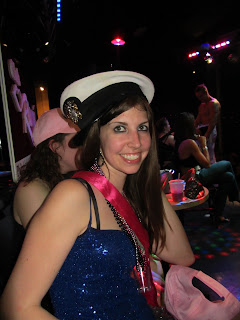 ~ PAAP Scholarship Luncheon: Every year the Philadelphia Area Alumnae Panhellenic (PAAP) sponsors a scholarship luncheon for a deserving graduate student woman in the Philly area who is furthering her education at  Philly area school.  This year the theme was a garden party and a prize was given for the best hats!  We were also lucky that one of our very own Chi Omegas was chosen to receive one of the scholarships!


May 2012
~ Little Brother's gf's Bucknell graduation: Headed out to Bucknell to see SP graduate from college.  Got to meet her entire family as well as spend a day with my family!


~ LM's Bridal Shower: Headed up to NJ for LM (formally LW)'s bridal shower.  Had an awesome time getting to see some Chi Omegas that I hadn't seen in a very long time. Made me really look forward to the wedding because I knew I would get to see so many of them again!! Also loved how her bridesmaids made her bottles of wine for all their first holidays at a married couple.

~ VM & WM's Wedding Weekend: Before I knew it VM & WM's wedding weekend was here.  The weekend started off with the Rehearsal followed by the rehearsal dinner at Tedd's on the Hill.  Tedd's on the Hill brought back many memories of Bucknell and formals.  The next day it was wedding time!  Spent the morning getting ready for a memorable wedding.  It was so incredible to be standing up there watching on of my best friends tie the knot.  Was hard to hold back the tears, but somehow I managed.  After the wedding we had a night full of fun, friends and of course lots of dancing. 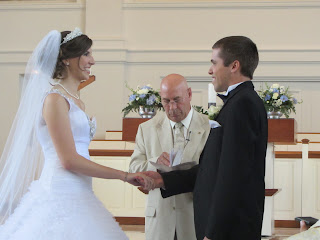 ~ AP & CC's Engagement Party: One of my besties from high school got engaged and I am honored to have been asked to be her Honor Attendant in her wedding.  We have been friends since right before freshman year and I can't imagine my life without her.  In the end of June we were fortunate enough to be able to head back to NJ for her engagement party. 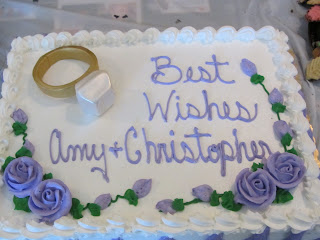 So that is a quick recap of April - June of this year.  As you can see we have been super busy!  Stay tuned for a recap of the rest of the months!  But I promise, I'll have a little of some normal blogging in between!

Written by Unknown at 3:48 PM No comments: