On the eve of GFC supposedly disappearing... I say supposedly because as much as I have heard rumors that it is disappearing I have heard an equal amount of rumors saying that this isn't true... I am headed Home Sweet Home to New Jersey for one of my bff's bridal showers.  Can't wait to get home and I promise I will update after the weekend.

Until then, make sure to follow me on bloglovin' in case GFC does actually disappear!!

Follow my blog with Bloglovin
Written by Unknown at 8:22 AM No comments:

I am super happy because... MY WEDDING DRESS ARRIVED FROM BARCELONA!!!!!  In case you can't tell I'm just a bit excited about this piece of information.  I am however quite sad that I have like zero time in the upcoming weeks to go try it on again... but never fear friends, I will find a way to try it on soon!!
I am happy/thankful because... I was able to find a day of wedding coordinator to make sure that our wedding runs smoothly.

I am happy because... I am heading home to NJ on Sunday for one of my bff's bridal showers and for a little quality time with my parents.

I am super happy because... the fiance has booked our honeymoon and although I still don't know where we are going I do have travel dates! Yes I know I am CRAZY for letting him surprise me with a honeymoon... but I feel like after being together for almost 7 years he knows me well enough now that he can plan an awesome trip for us.

I am happy because.... I stumbled upon something in the blogger world called "Carabox" and I am SUPER EXCITED to have signed up and to participate in this!

I am super thankful because... I seriously have some of the best friends in the world.  Despite this being a stressful week so many of my girlfriends where here for me to try and make it better.

I am super thankful because... I have an AMAZING fiance who when I had some sort of stomach bug (or stress induced stomach problem day) he went to the store to get bendy straws for my ginger ale because bendy straws make everything better. 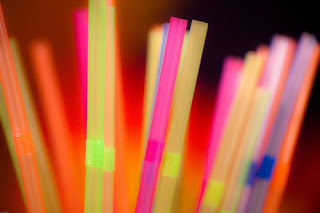 I am happy because... Spain beat Italy in a penalty shootout during their Confederations Cup game yesterday. Viva Espana! 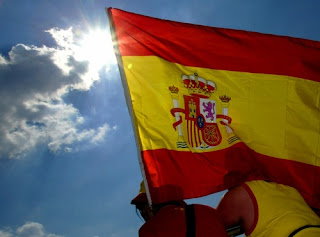 There are definitely more things that I am happy/thankful for this week, but those are just a few of the big ones.  I am realizing more and more that despite the downs in life, whether it seems like it at the time or not, there are plenty of bright spots to any bad day/week... we just have to remember to see them and be thankful for these good time.

Happy Friday Everyone!! Have an AWESOME weekend!!

A Weekend of Firsts

The first weekend in June was a busy weekend for the fiance and I as it was a weekend full of firsts for us!  Saturday was MD's 1st Phillies game and actually his 1st MLB game EVER. Sunday was both our 1st international soccer game as we headed to DC to watch the US Men's National Team take on Germany. (and oh yeah, MD's 1st time ever taking public transportation)!

Saturday and MD's 1st Phillies game was amazing.  Of course it was really hot out, but it wouldn't be a baseball game unless it were hot, sunny and there was plenty of time for tailgating.  We got to Citizen's Bank early so that we could tailgate.  Since it was just the two of us we decided to just get subs from Primo's instead of bringing out the big guns with our tailgate grill and all that other stuff.  We had a great time tailgating... tried some new beers (they were actually delicious)... and headed into the stadium for what promised to be an awesome time.


We sat in our seats for the first few innings, but then MD was getting hungry so we had to take a trip for food and then decided to explore the stadium a bit since he had never been there before. We stopped to watch the game from all different points of the stadium so that MD could get the full experience.

The Phillies lost (what else is new), but all in all it was a great experience for the both of us and it was wonderful getting to spend an entire Saturday together doing something just for us.  After the game we went to dinner before heading home to head to bed since we were going to have a very early day on Sunday.

Sunday morning was a very early morning... we were going to catch a 6amish bus so that meant I had to get up at about 4:30 in order to get ready for what promised to be a long but exciting day. We got to the bus stop at around 6:10am to begin our journey into Philly to Brauhaus Schmitz.  We made it there on time and MD survived his 1st round of SEPTA (a.k.a. public transportation).  We loaded onto the buses around 9am and the drinking began!

The bus ride down was fairly uneventful... there was an annoying woman sitting across from us who talked the ENTIRE bus ride down.  It wouldn't have been such a big deal except for the fact that she was definitely a "one-upper".  Someone would say that they had been to X country and she would be like "Well I lived there for a while while my husband was working for X Major Corporation, but she didn't really like it because of x, y, & z." And if I had to hear about all the fabulous countries that she had been to for much longer I might have punched her in the face politely asked her to please keep her voice down.  Once we got to DC we went to lunch at a German beer house.  There was supposed to be a buffet lunch for everyone and things had been preordered for us, but with so many drunk and hungry men, by the time we got to the food there was barely anything left to eat.  I ended up eating lots of kraut because that was about all that was left.  Spent most of my time there drinking water instead of beer because it was so hot and humid I knew that I needed to hydrate if I was going to survive the game.

We hit so much traffic on the way to the stadium that I was convinced that we were going to miss kickoff.  Thankfully the bus drivers let us off and we made it to our seats well before kickoff.  Other than being a hot and sweaty mess, we had a TON of fun at the game.  USA won 4-3 which made it even better.  It was so amazing to get to see the US Men's National Team play... and WIN... even if it was against Germany's "B" team.
Getting out of the stadium and back to Philly ended up being quite an adventure.  1st off the buses weren't where they said they would be to pick us up because they had decided that they didn't want to pay for parking.  We ended up waiting forever for them to get to a place where they could pick us up and then it was a hike to get to them.  It ended up working well because since they couldn't get into the parking lot we didn't sit in as much traffic.  Once on the bus, like the mature drunken adults people are, some grown men got into a fight over seating on the bus.  There were no assigned seats on the bus and someone sat in someone else's seat and next thing you knew punches were being thrown.  After the men finally calmed down we settled in for some more beer drinking and our 3 hour drive back to Philly.

All in all it was a fantastic weekend and I loved every minute of being able to spend time with my man.  Since then we have barely seen each other as our work schedules are opposite and I have been working on Saturdays which means we have no weekend day together.  Looking forward to a day off on Saturday when we will be heading up to NJ to visit my parents and to hopefully order our wedding invitations!!! Yay wedding invites!!