Last weekend Mark and I had the opportunity to watch two of our favorite people get married.  We have had the pleasure of knowing RE and JM for the entirety of their relationship and I can truly say that when I heard that J had finally popped the question I was absolutely thrilled because I know these two were made for each other.

R & J couldn't have asked for a more perfect day to tie the knot.  Granted it was a bit hot and humid, but the sign was shining and they were getting married in an air conditioned church, so they had nothing to worry about.  One thing is for certain, R is definitely a tax accountant because this wedding had the most on time start of any wedding I have ever been to (and for those of you who know me, that is a lot).  When the church clock said 4pm, the mothers were just getting ready to be escorted down the aisle so that they could light the candles... seriously, in all the weddings we have been to, I think this is the first time this has ever happened.

The ceremony was absolutely beautiful.  R and J had a vocalist who sang the most amazing songs and the ceremony overall was precious.  The way R and J looked at each other... well you can absolutely see the love in their eyes.  I think J even got a little teary eyed when he saw R for the first time!! 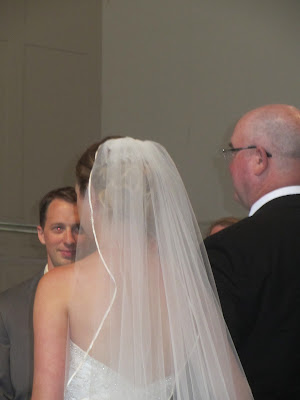 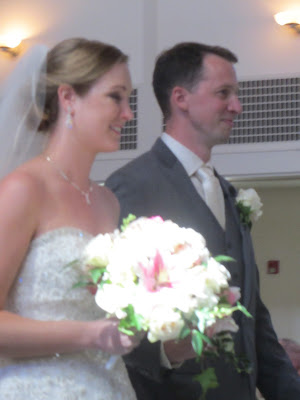 After the ceremony we headed over to the Mendenhall Inn where we attended one of the most fun wedding receptions ever.  The had a FABULOUS band and I honestly don't think I have ever spent so much time on the dance floor at a wedding (except for maybe at my own).  The band was so interactive and really knew how to get us all up on our feet. 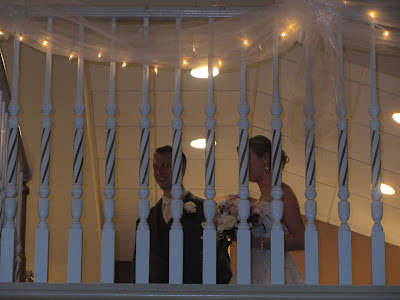 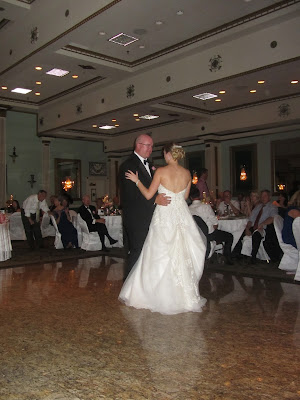 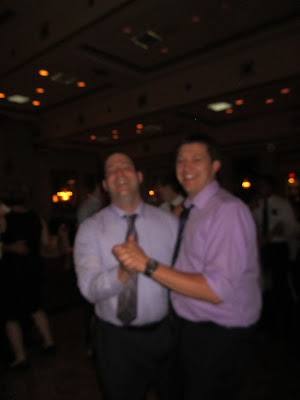 Obviously between all the great food, great drinks and dancing we had to take some time to take group pictures!! We had such a fabulous time with so many amazing friends!! 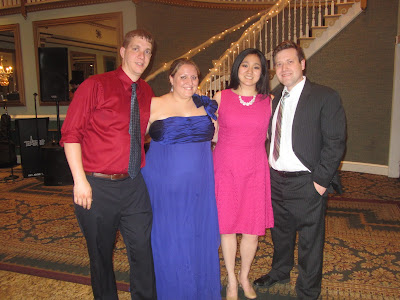 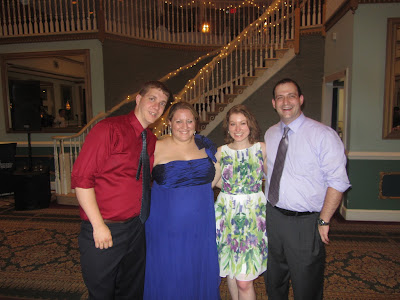 One of the highlights of the reception probably had to be that ML (he was best man in our wedding) brought a date to the wedding.  We get to the reception and he can't find the placecard for his date... he can only find one for himself.  We ask him if he had been given a plus one and he said something to the effect of "I think so, it was so long ago though, I don't remember." followed shortly thereafter by "But I know I said I wanted two of the beef dinners on my reply card."  His date, SP (one of my bridesmaids), was not too pleased with him, but we decided to figure it out once we got into the reception room.  Sure enough, when we get inside there are only nine chairs at our table instead of the ten people we had.... and we had our answer... ML did not have a plus one, which meant SP was a wedding crasher.  For the first time in my life I attended a wedding where I knew an actual wedding crasher.  Thankfully the bride and groom were able to see the humor in it, but that doesn't mean that we haven't been giving ML a hard time about it or that we won't give him a hard time about it for years to come.  It was also great because R and J had a photo booth and of course we found a party crasher sign which we proceeded to make SP carry around for the rest of the night with her. 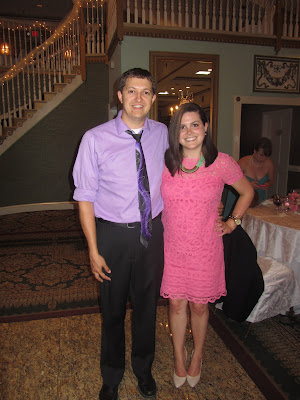 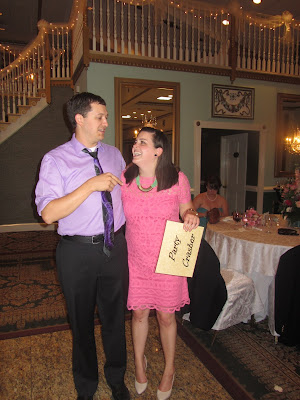 R & J seriously put together such a fabulous wedding... wish we could experience it all over again this weekend!! R & J, hope you have enjoyed your first week of being married and welcome to the club!! We love you!!

Have you ever been to a wedding that has kept you out of your seat and on the dance floor the entire time?
Written by Unknown at 7:17 AM 4 comments:

What I've Been Up to Wednesday

Back in the end of April I wrote a post about everything I had been up to recently and talked about how much I missed blogging and how in May I was totally going to get back into the swing of blogging.  Well, let's just say that was a complete fail as once again life got in the way.  So here's a recap of what has been going on in my life since I last posted.

May 6th was when I officially started my management training for Friday's.  Management training for me meant spending 4 weeks in the kitchen learning all of the different statioIns and learning how to manage the kitchen.  Let's just say that a) I am super happy to be done with all of that training and b) I have SO MUCH RESPECT for those who work in restaurant kitchens.  Working in the kitchen was by far the most challenging position I have had while working in the restaurant and I really don't know how some of them do it.  There are so many things on the menu and trying to keep it all straight really was mind boggling at times.  Granted most of our cooks work just one station so they know it like the back of their hands, but some of them know how to work them all and that just amazes me.  I know that I only had a week at each station to learn everything there was to know about it, BUT still... I am SUPER IMPRESSED with anyone who works as a kitchen in a restaurant! After spending all that time in the kitchen I am just hoping that I remember what it is like to be a FOH manager because it has been a LONG time since I have actually dealt with customers.  Tonight is my first official shift as a full blown manager... so wish me luck!  I think I am going to need it.

May also brought a surprise party for one of my best friends.  I was actually able to get a Saturday off from work, so Mark and I headed out to surprise AV for her birthday.  She was definitely surprised to see so many of us and it was great to be able to get together with some of our favorite couples for a dinner out.

The rest of May was basically spent working and trying to spend whatever time I could with the husband before getting back to a crazy schedule of closing all the time.  Managing has definitely been good for our marriage as we have been able to eat dinner together at least 2 nights a week (sometimes more!) and we are guaranteed to see each other at least 2 days a week which is way better than it was before.  When I was bartending and keying we could sometimes go an entire week without seeing each other based on our schedules.

The beginning of June marked the husband's 30th birthday and I was lucky enough to get off from work to spend the day with him!  We started off the day with a tour of the Yuengling Brewery in Pottsville, PA.  The tour was an awesome experience... it was so cool to see how America's Oldest Brewery functioned.

One of the awesome things was that we got to see Dick Yuenling and actually say Hi to him.  He was just walking around the brewery eating an apple without a care in the world.  I also found it really interesting that instead of just passing the brewery down from generation to generation they actually make the new generation of Yuenglings purchase it from the previous Yuengling owner.  I think that is awesome because it definitely makes whoever is running the brewery more accountable for what is going on. 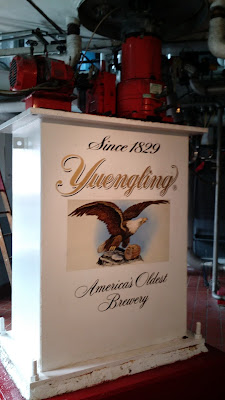 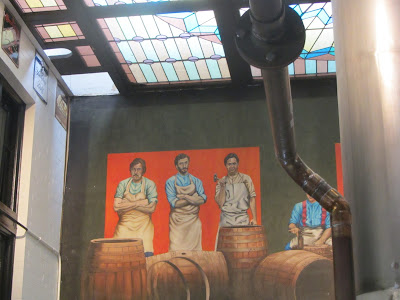 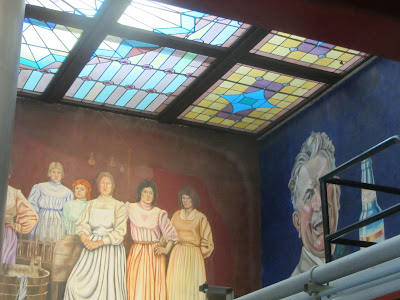 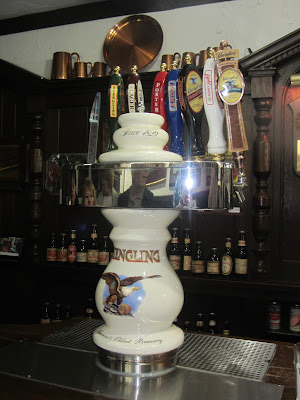 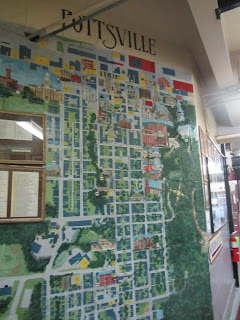 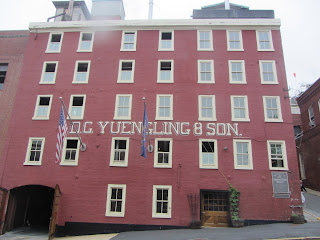 After visiting Yuengling we headed home to get ready to go to the Phillies game with some of our favorites.  All Mark really wanted to do for his 30th was get a group of our friends together to tailgate and then sit somewhere for the game where it would be possible for us to potentially catch a home run ball.

We had a successful tailgate until someone (a.k.a. ML) was celebrating his cornhole victory and threw one of the bean bags on top of the solar panels in the tailgate lot.  That gave us all a good laugh, but meant that our cornhole playing for the day was done... but that was ok because we had plenty of beer to drink to keep us occupied for the game.

Unfortunately the Phillies lost... but we still had a great time hanging out and watching the game.  Other than the time we sat in Mark's company box, these were the best seats I have had for a Philllies game and I truly enjoyed getting to see the game from them.  Too bad no home runs were hit so we didn't get a chance to catch a ball! 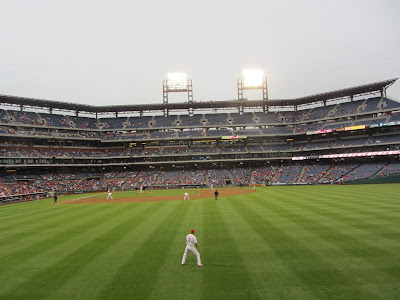 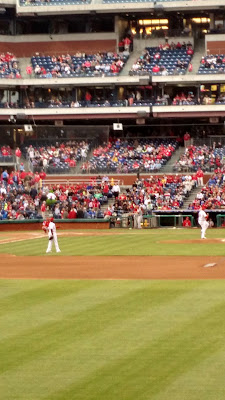 This past weekend we were fortunate enough to be able to celebrate the first birthday of AV and AV's daughter LV.  Her party was nothing short of a good time and I seriously can't get enough of that little cutie.  She looked adorable in her birthday tutu and had a blast playing with all of her friends in her new water table. 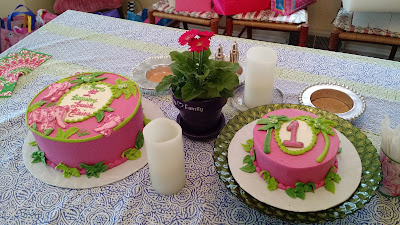 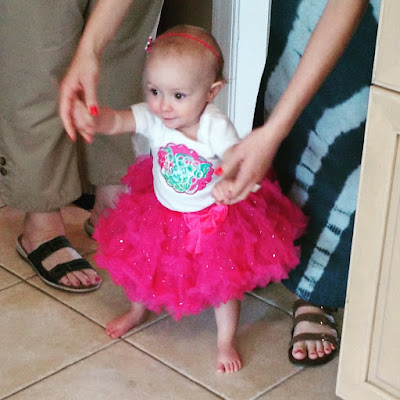 Monday marked my last day of training and also the last day for one of my best friends.  While I am super excited to have been promoted to management, I wish there had been a way for us to have stayed managing in the same store.  She and I have basically worked all of our shifts together since she first started and I came back from my short leave of absence to take the bar exam.  Life at Friday's will not be the same without her!!

Life has definitely been keeping me busy, but I wouldn't have it any other way!! June promises to be just as busy as May was, but I am hoping that now that training is done I will start to have a little bit more time to dedicate to this little blog of mine!! So stay tuned!!


What have you been up to recently?
Written by Unknown at 1:18 PM No comments: